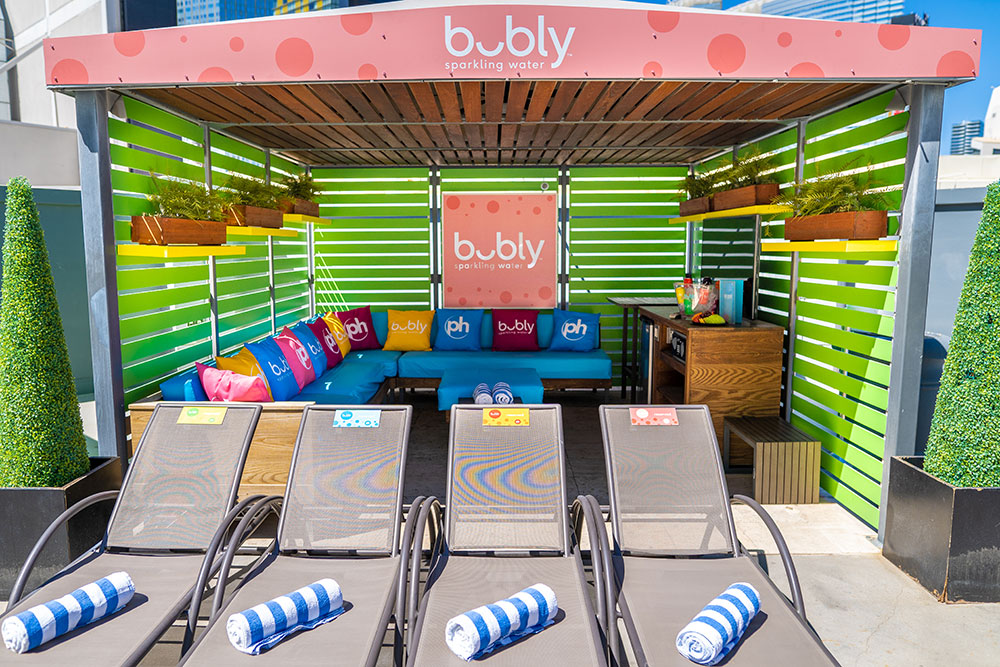 With a veneer of Hollywood glitz, Planet Hollywood Resort & Casino is home toÂ multiple headliners and the Miracle Mile Shops as well as a slew of cool restaurants and rockin’ bars. The vibe: Hollywood reborn in Sin City, a dazzling disco-lit world, middle of the road What we love: When you check in, you’ll have to hold back the urge to yell “Party at the disco!” This is because you’ll spot long, glittering chandeliers alongside the escalator as you descend into the lobby. Combined with a giant crystal-laden ball that hangs overhead and the color-changing LED lights behind the front desk, the whole scene feels like something out of the movie “Saturday Night Fever.” There’s nothing like hanging 10 and doing kickflips in a wave machine. The Strip’s first-ever FlowRider Wave-in-a-Box Double at Planet Hollywood is totally rad.Â  Zappos Theater inhabits a space that has been retrofitted, but remains one of the great concert venues in town. Headlined by a few notable names, it’s got a massive LED wall behind the stage, a sound system with power and a dance floor. So seeing a show here is a sensory overload that’s sure to impress. Â  Insider tips: Get the largest slice of pizza on the Strip at Pin-Up Pizza. Located along the resort’s Strip-facing faÃ§ade, each pie made here usesÂ loads of dough and measures 30 inches in diameter. For all you non-mathematical types, that means each slice is 15 inches long and 6 inches wide. If you prefer that your cards be dealt to you by ladies in lingerie (or scantily clad men with bulging biceps), then head to the Pleasure Pit on the casino floor. It has raised stages for go-go dancers as well as 11 tables where you can play a variety of games like blackjack, three-card poker, roulette and Big Six. So the Extra Lounge, located near the hotel’s front entrance, is billed as the spot where the correspondents (yes, that includes hunky Mario Lopez) and crew of the NBC entertainment news TV show “Extra” hang out whenever they’re in town. Yeah, that may have happened in the years before the Great Recession hacked everybody’s business travel budgets. But that’s OK. We still like you Extra Lounge. Good to know: Some of the rooms feel dated — not exactly fit for the A-List, but also not terrible considering the mid-range price and the resort’s right-in-the-middle-of-everything location. Planet Hollywood opened in 2007 (previous to that it was the “new” Aladdin, which was built in 2000). You should expect some wear and tear in carpeting and various fixtures. The base-level rooms at Planet Hollywood don’t come with coffee makers or fridges, but most of them do have 42-inch plasma TVs. If it’s kitchen amenities you desire, you’ll have to upgrade to one of the larger suites. It’s loud in the casino. Very loud. You’ll hear rockin’ music pumping overhead round the clock — which is part of the resort’s party vibe. You’ll often hear us grumble about a hotel because the self-parking garage isn’t located close to the check-in area. Well, at Planet Hollywood getting to the lobby is an epic voyage that not only involves traversing a long distance but going up and down multiple floors. Take it from us, when you arrive head straight to the valet if you’ve brought your own car. Better yet, drop your significant other or travel partners off to check in while you self-park, walk through the Miracle Mile Shops and pick up drinks — by the time you get to them, they’ll probably have reached the front desk and you can all raise a toast to Vegas.

Be the first to review “Planet Hollywood” Cancel reply

How to Eat Dairy When Lactose Intolerant